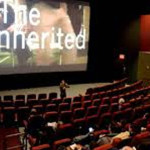 When: Wednesday, January 22, 2014 Time: 6:00 p.m. Where: Libation NYC 137 Ludlow St. New York, NY Cost: Free w. RSVP   Join Cheek’d & the Gang for their very first Valentine Hunting Cheekdtail Party. Cupid’s Clock is ticking… Find your date before it’s too late! All you have to do to get in the door is fill out a FREE profile at http://cheekd.com/and show... Read more » END_OF_DOCUMENT_TOKEN_TO_BE_REPLACED