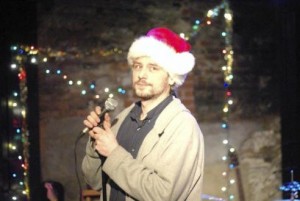 COACH (the greatest rock band in the world)
THE ODORTONES

and much much more to be confirmed!!

a double-blind Secret Santa: bring a gift/get a gift… they all go in a big box and then pick one at random later on in the show! This was one of the biggest hit at last year’s Yoga Christmas so be sure to participate!