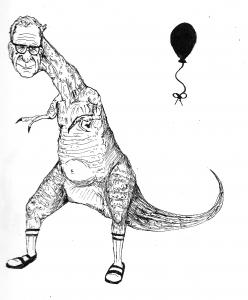 The fourth Monday of every month, Kate Berlant and Dan Wilbur take the stage in an attempt to reproduce the mess inside their heads. With an eclectic line-up of comedians, this stand-up showcase features the silliest topical humor as well as answers to some of life’s toughest metaphysical questions. Not to be missed for ANYTHING!