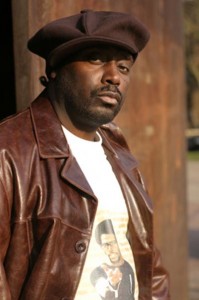 Check out the NYC Revolutions series with Hip-hop legend Big Daddy Kane and DJ Jon Quick.  Big Daddy Kane first exploded onto the scene in 1986 with the pioneering rap group The Juice Crew. Only two years later, Kane found smashing success as a solo artist with his second full-length album, It’s a Big Daddy Thing, featuring the classic tracks “I Get the Job Done,” “Raw,” “Warm It Up Kane” and “Long Live The Kane.” Big Daddy Kane’s mastery of the microphone has placed Kane on MTV’s “Greatest MCs Of All Time” list. He has collaborated extensively with Public Enemy, Marley Marl, Kool G Rap and Polo, Snoop Dogg, Biz Markie and Grandmaster Flash. From the ’80s to today, Kane still gets the job done.

You can catch DJ Jon Quick, a.k.a. the Turntable Superhero, spinning at least three times a week throughout the NYC area. He has active residencies at The Cabanas (Maritime Hotel) on Tuesdays, Moca on Wednesdays, Taj Afterwork on Thursdays and The Vault on Saturdays. His mixes have been featured on Sirius Satellite Radio, Kiss FM and Music Choice. He has also done underground remixes for the rapper K-OS and Bad Boy vocalist Cheri Dennis. He has been named the official Superhero DJ for Marvel and their new branch Marvel Music.