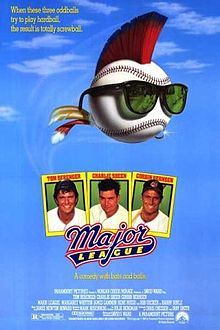 Join 4food for their Classics Movie Nights with a free screening of Major League.  When Rachel Phelps inherits the Cleveland Indians from her deceased husband, she’s determined to move the team to a warmer climate – but only a losing season will make that possible, which should be easy given the misfits she’s hired. Rachel is sure her dream will come true, but she underestimates their will to succeed! Major League is 1989 film written and directed by David S. Ward and starring Tom Berenger, Charlie Sheen, Wesley Snipes, James Gammon, and Corbin Bernsen.