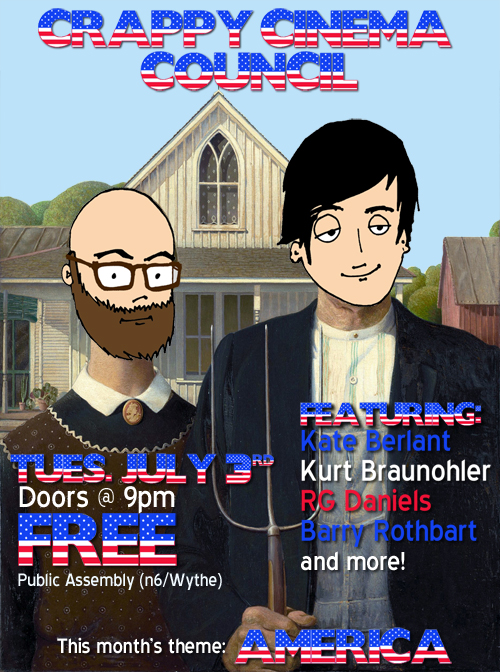 Join the guys at Crappy Cinema Council they host another night of  movies at Public Assembly. They watch crappy movies and make fun of them during a live comedy show in Brooklyn on the 1st Tuesday of every month. This month’s show is to celebrate our Nation’s independence… with what truly makes America great: shitty movies and awesome comedy.