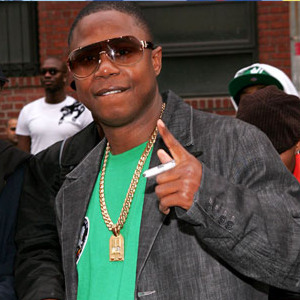 When:Thursday, June 3, 2010
Time:7:00 p.m.–9:00 p.m.
Where:Herbert Von King Park
Tompkins Park
Brooklyn, NY, 11201
(718) 390-8032
Cost:Free
Check out the NYC Revolutions series with Doug E. Fresh and DJ Dee Wiz. Doug E. Fresh is one of the originators of the human beat box (vocally simulating the sound of drums and other musical instruments) as an instrument in hip-hop. Best known for the two-sided, multi-platinum hits “The Show” and “La Di Da Di,” his groundbreaking success in the 1980s heralded the global popularity of hip-hop. Fresh has embraced hip-hop activism and used his voice to speak out against a variety of social ills. Along the way, he has nurtured rising talent, including the likes of Slick Rick, P. Diddy, Biz Markie and numerous newcomers during his stint as host (and unofficial mentor) of It’s Showtime at the Apollo. Join “The Human Beat Box” as he teams up with mixtape master DJ Dee Wiz for an unforgettable journey into the history and future of hip-hop.