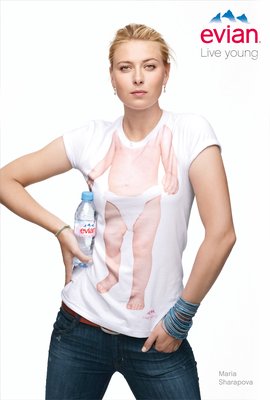 * Star in their own Evian advertisement (just like those that are going up on billboards all over NYC starting next week)
* Meet tennis superstar Maria Sharapova (she’ll be stopping by at 5pm)
* Play ping pong with Maria and other professionals from SPiN NYC
* Have a chance to win court side tickets to the US Open!!