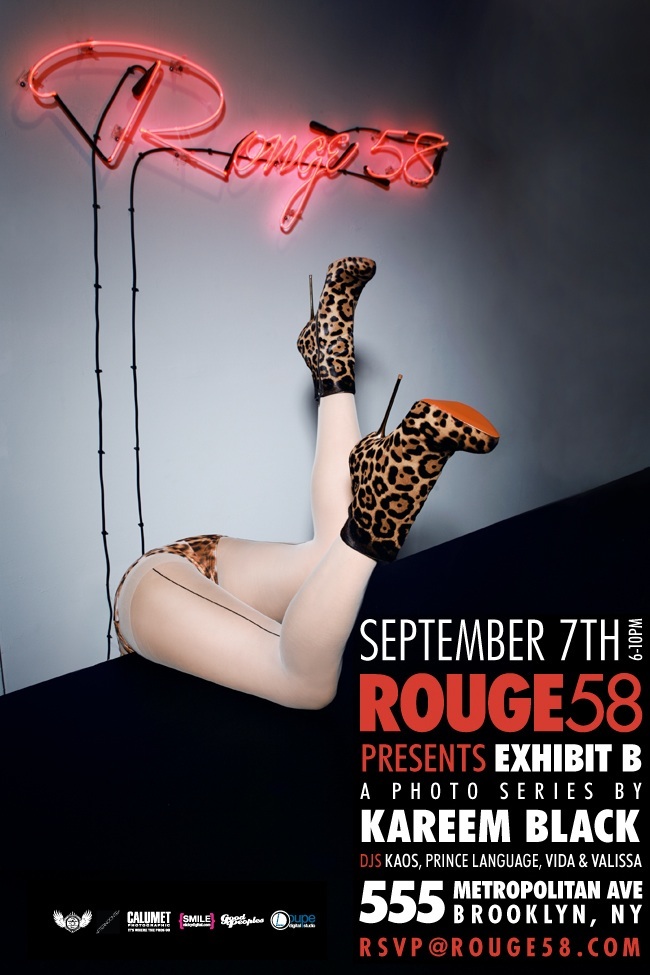 Check out EXHIBIT B, a photo series by photographer Kareem Black.

Inspired by Guy Bourdin, his most favored photographer, Kareem collaborated with acclaimed stylist Harold Melvin to creatively direct seven images reminiscent of one of the greatest advertising photographers of our time.  Echoing Bourdin’s legendary Exhibit A series, Kareem has aptly titled his series as Exhibit B, both as an homage to the photographer and a reference this own last name. Coming from an industry obsessed with the face and eyes as the anchor of beauty and often a tool for celebrity, Kareem draws on Bourdin’s style; dark humor, awkward playfulness and even violent sexiness. Focused on purely body language set in an almost random environment, the viewer witnesses the expression of arms and legs as the only indicators of what is happening.