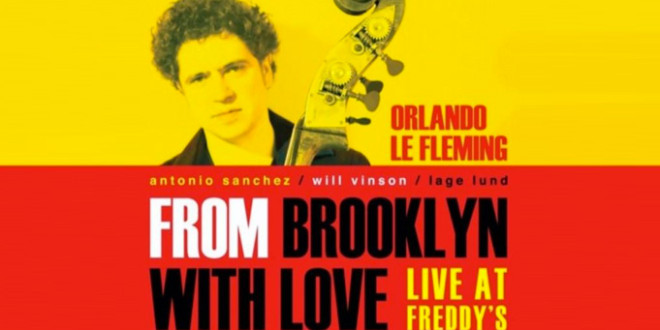 Freddys Bar Upright Bass on One Side, Miss Ida Blue on the Other 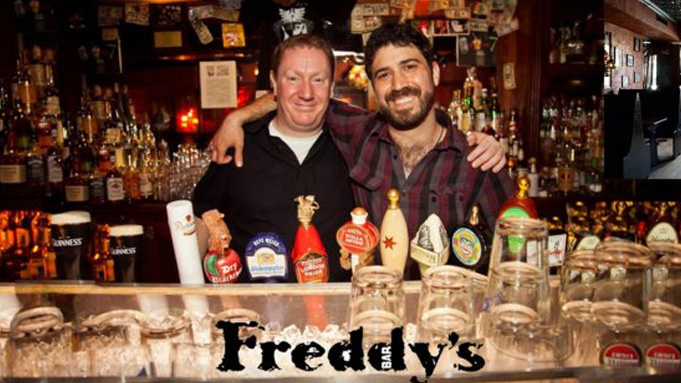 A prominent UK bass player and – Miss Ida Blue. All in one night at Freddy’s. All events are FREE!

Brooklyn, NY – See a leading young bassist from the UK, or a Frontroom special of whorehouse blues from Freddy’s regular Miss Ida Blue. On August 5, pick a room with whichever suits the fancy. Anything can be played at Freddy’s, and this night will keep that tradition going.

Freddy’s is certainly the perfect example of a bar with everything. Enjoy a few drinks and talk with regulars and bartenders. Listen to music and eat. A full menu allows one to choose their gastronomical content. It’s easy to forget this bar has much history in its present location and its past. Even the construction of a massive arena in Brooklyn couldn’t kill its spirit.

Whether a first timer, a regular, or occasional visitor, everyone finds Freddy’s alluring and nearly impossible to leave. There’s enough to do to stay all day and night. Make new friends and contacts, or just clear the mind and recharge the batteries… or just stare at the drinking cat screen or video montages.

Freddy’s has received notoriety in local and national publications. Even the New York City Tourist Board has named it a must see location. There’s music and entertainment every night – and it’s free – while food and drinks are served until the wee hours of the morning. Check below for the scheduled acts on August 5:

9:00pm – Orlando le Fleming: He was once a professional cricketer, and among the UK’s best bass players. Fortunately for Freddy’s, he’ll be here Tuesday, August 5. One of the leading young bassists in NYC, Orlando has toured with others such as Branford Marsalis. His 2010 live album was his debut – From Brooklyn with Love features original compositions, recorded at Freddy’s backroom.

Born in Birmingham England, Orlando le Fleming’s parents were musicians and he has lived in NYC since 2003. His mother was a cellist and father a composer. He was a member of Jane Monheit’s band for three years and toured and recorded with Billy Coibham’s “The Art of Five”.

9:00pm – Miss Ida Blue: Female-led brothel blues group that plays regularly at Freddy’s – the first and third Tuesdays every month. Soulful and shy Miss Ida has been compared vocally to Amy Winehouse or Ella Fitzgerald. She is backed by a blues entourage of Grammy winning multi-instrumentalists. Performance includes drunk, raunchy, and illicit tunes with the air of a dark club. Stories drip with sex, love, loss, and no good men. Miss Ida exhibits an urban mix of grinding city sass and whispered boop.

Come to Freddy’s on August 5 and catch a double hit of interesting and experienced musicians. Visit www.freddysbar.com for more details on this and other free nightly events.