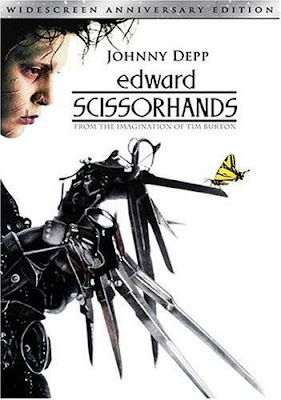 Welcome to the summer of capers, thrillers, and heists! This summer sidle up, nab a patch of grass, and walk off with a night of fabulous entertainment without paying a red cent. It’s the Brooklyn Bridge Park Conservancy’s tenth anniversary of our Movies With A View film series!

Come down to enjoy one of the city’s premiere outdoor film series with an eclectic line-up of films and breathtaking views of the NYC waterfront. The films are chosen by an all-volunteer Film Committee and each feature is preceded by a short film. DJs from Brooklyn Radio kick off the evening, spinning tunes as the sun sets, and RICE sells delicious dinners onsite. Complimentary bike valet provided by Transportation Alternatives. FREE!

In a classic tale of “Who gets the girl?” Jim, the high school football star, is pitted against Edward, the android with hands made of scissors. Out of his element in the scrubbed-clean suburbs, Edward proves that even a man with fingers as sharp as razors can gently capture the heart of a teenage girl.

Short: I Am Not Obsessed directed by Imani Dean

A glimpse into the world of Harry Potter fans through the eyes of a not obsessed fangirl. Take a look at a world that may seem insane to an outsider but in the end is about the people and the connections as much as it is about Harry Potter.