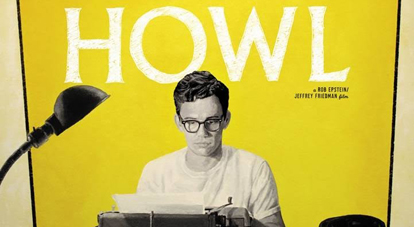 For the fourth year in a row, Rooftop Films is pleased to collaborate with IFPon screenings and forum activities during Independent Film Week (September 19-23, 2010). Rooftop will host three events in three different outdoor locations, showing films that passed through the No Borders forum and through the IFP Filmmaker Labs. The screening series kicks off with a special sneak preview of Rob Epstein and Jeffrey Friedman’s Howl, starring James Franco. Their is no charge for admission for the screening, and IFP badgeholders can present their badge at the door for admission. If you don’t have an IFP badge you must RSVP in advance to howlRSVP@rooftopfilms.com.

HOWL (Rob Epstein, Jeffrey Friedman | USA | 90 min.)
James Franco stars as the young Allen Ginsberg–poet, counter-culture adventurer, and chronicler of the Beat Generation. In his famously confessional, leave-nothing-out style, Ginsberg recounts the road trips, love affairs, and search for personal liberation that led to the most timeless and electrifying work of his career: the poem HOWL. Meanwhile, in a San Francisco courtroom, HOWL is on trial. Prosecutor Ralph McIntosh (Strathairn) sets out to prove that the book should be banned, while suave defense attorney Jake Ehrlich (Hamm) argues fervently for freedom of speech and creative expression. The proceedings veer from the comically absurd to the passionate as a host of unusual witnesses (Jeff Daniels, Mary-Louise Parker, Treat Williams, Alessandro Nivola) pit generation against generation and art against fear in front of conservative Judge Clayton Horn (Bob Balaban).