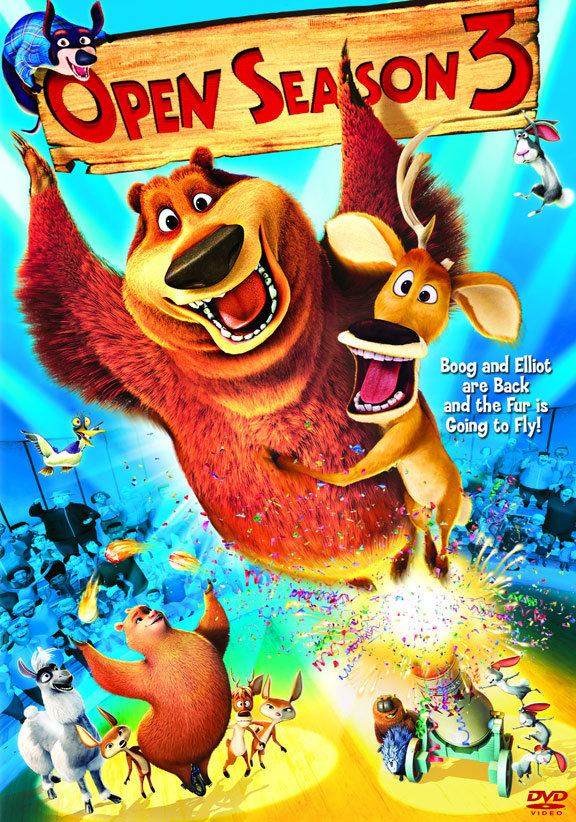 Sony’s HD Theater is having a Free Screening of Open Season 3 presented in Blu-ray high definition on Saturday at 2pm. You must RSVP before Saturday. Hurry up spaces fill up quickly.

When Boog’s buddies can’t make their annual guys-only getaway, he decides to take a trip by himself. Stumbling across a visiting circus, Boog switches places with a look-alike circus grizzly and takes over his part in the act. When the circus decides to go back to Russia, it’s a race against time for Elliot (voice of Joel McHale), McSquizzy, Mr. Weenie and the gang to rescue Boog before it’s too late! Featuring the voices of Steve Schirripa, Crispin Glover, Ciara Bravo, Dana Snyder, and Karley Scott Collins.
Directed by Cody Cameron. Running time: 75 mins