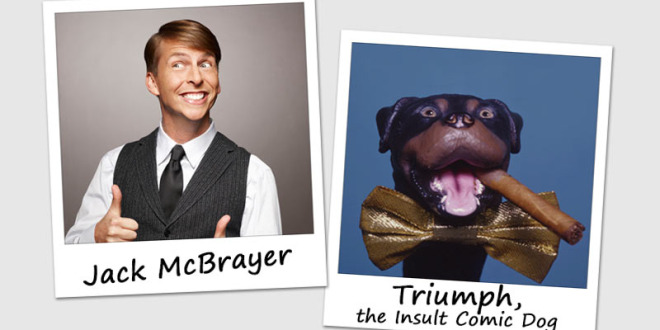 Free Tickets to The Jack and Triumph Show

One of the best parts about living in NYC is being able to get tickets to be in the audience of some of the awesome shows that film here. There are tickets available for some December tapings of The Jack and Triumph Show with Jack McBrayer and Triumph the Insult Comic Dog.

Hurry and get some FREE tickets to enjoy with your friends! Tickets go fast!!! Click here to reserve yours.