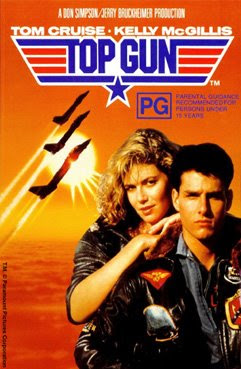 When:Friday June, 19, 2009
Time: 7:30 pm
Where: Intrepid Sea, Air & Space Museum
PIER 86 (46 STREET AND 12 AVENUE)
MANHATTAN, NY
Cost:Free
Bring your lawn chairs, picnic baskets and blankets to a free, public screening of the Paramount Pictures’ classic film Top Gun that will be held on the Flight Deck of the Intrepid Sea, Air & Space Museum.Watch this Tom Cruise movie while sitting next to an actual F-14 TomCat aircraft, a military jet fighter that was made popular by the 1986 film.

The screening of Top Gun will mark the debut of the Summer Movie Series at the Intrepid Sea, Air & Space Museum. On the third Friday of each summer month, a classic film – one relating to the sea, one to air and one to space – will be shown just after sundown on a huge screen on the Flight Deck. Jaws will be shown on July 17th and Apollo 13 on August 21st.

Visitors are encouraged to bring food and beverages to the screening, however alcohol is not permitted.