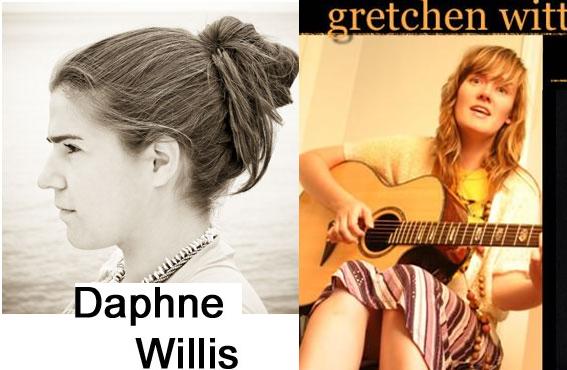 Livingfreenyc.com and The MuseBox are giving away two Daphne Willis cds FREE  in advance of her FREE show at the Living Room tomorrow night!!  Enter for a chance to win her captivating debut album “What to Say”  All you have to do is retweet on twitter:  “I want a Daphne Willis cd from @livingfreenyc”

ABOUT DAPHNE WILLIS:
Chicago-based singer/songwriter Daphne Willis has grown from a feisty neophyte into a self-assured, marvelously expressive artist with a bracingly seductive sound. The 22-year-old’s Vanguard debut album, What to Say documents Willis’ voyage of self-discovery, while also standing as a captivating introduction to a remarkably fresh voice with a distinctive point of view—one that both reflects and scrutinizes the social patterns of her generation.  Willis has been described as a female Jack Johnson, but below the surface this introspective yet life-embracing young artist brings a cutting-edge liveliness to the confessional singer/songwriter tradition that recalls the music of Rickie Lee Jones at the same age. Like Jones three decades earlier, Willis is turning the conventional notion of the young woman with an acoustic guitar on its ear.

Singer/Songwriter GRETCHEN WITT will  also be performing live at The Living Room . This is a rescheduled performance from 3/1/10. There’s, as always, no cover charge- just a 1 (cheap) drink minimum! She will be playing some new songs!