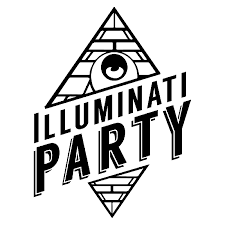 “Illuminati Party” at The Stand

You’re invited to a FREE night of comedy at The Stand Comedy Club on Tues 1/20 at 10pm! Tickets are normally priced at $5 each, but with your RSVP on Eventbrite you get in for FREE!

If you’re not familiar with The Stand, the comedy club was just voted BEST COMEDY CLUB IN NYC & it’s THE ONLY comedy club in NYC that has NO DRINK MINIMUMS!

On the show 1/20 will be all professional comedians, no amateurs, all of which have been seen on TV such as: Comedy Central, SNL, Chelsea Lately, Last Comic Standing, Late Night TV (Letterman, Fallon, etc), MTV, Showtime, HBO, & Major Sitcoms & Movies!

Come check out a GREAT show at the BEST comedy club in the city!

This RSVP is for the Guest List for Free Admission to the 10pm show on 1/20 at The Stand Comedy Club. The Guest List is first come, first serve so all attendees MUST arrive and check-in at the podium by 9:30pm. The show is 18+ There are NO drink minimums! Email PartyIlluminati@gmail.com with any questions (please include “The Stand 1/20” as your email subject)