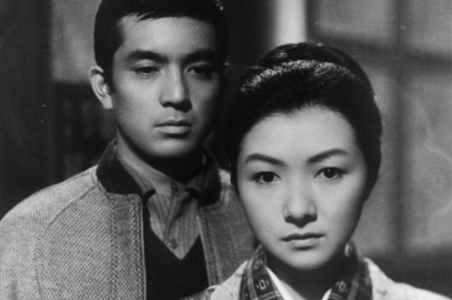 The Asia Society and Museum is hosting a month long series of Japanese movies from the sixties.
Tonight’s selection will be the Mikio Naruse feature film Yearning.

The decade of the ’60s produced a wide array and high quantity of films that made it the golden age of Japanese cinema. Politically radical New Wave films, formally vigorous art films, and mainstream genre films were produced side-by-side contributing to the vibrancy of the industry. This series showcases a sampling of films representative of this period. These diverging voices reflect acute attitudes toward a changing Japan, a sense of exploration, with hints of tradition. (All films in Japanese with English subtitles.)

Based on a popular television series of the same name also directed by Gosha, Three Outlaw Samurai features three ronin who found themselves accidentally entangled in the conflict between a group of peasants and their local magistrate. While initially reluctant to get involved, the three quickly make up their mind as to for which side they will fight. A dash of humor, attitude and style accompanies this action-packed picture. (Janus Films)

“The result is cinematic magic, the perfect blend of blood and tears, a film worth watching over and over again.”—Mike Street, The Asian Reporter

“[Gosha is] a genius at staging action.”—Stephen Hunter, The Washington Post