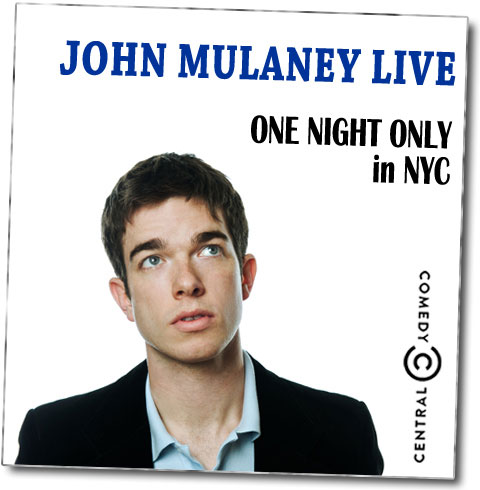 Get free tickets to see Comedian John Mulaney as he tapes his Live  Comedy Central Special.

Over the past few years John Mulaney has established himself as one of the most respected comedians of his generation. He is best known for his appearances on Saturday Night Live’s “Weekend Update” and for his own Comedy Central special. In 2009 Comedy Central Records released his album “The Top Part,” which Punchline Magazine called “a near perfect debut.” Mulaney has appeared on Late Night with Jimmy Fallon, Late Night with Conan O’Brien, Jimmy Kimmel Live and was a favorite on VH1’s Best Week Ever. He was named one of VARIETY’s “10 COMICS TO WATCH” and one of ENTERTAINMENT WEEKLY’S “COMEDIANS ON THE RISE.” When not touring the country, Mulaney is a writer for “Saturday Night Live”.