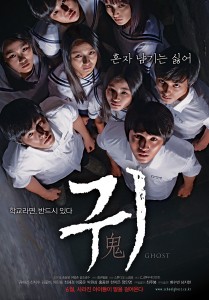 Every summer it’s horror movie time in Korea, but this year, BE WITH ME captured attention not by scaring the pants off its audience, but by offering a fresh take on the omnibus ghost film by some of Korea’s hottest young directors who take the traditional horror movie in a funnier, more experimental and more moving direction. These three stories about ghosts star a cast of some of the best young actors in Korea including Kim Kkot-Bi (BREATHLESS) and Kim Ye-Ri (PAJU) and they center around the loneliness of the ghost. From the tale of  two best friends (and the boy who got one of them pregnant) competing for a single slot at a top college, to the story of a boy branded as a loser because he sees dead people, this is one of the freshest takes on the genre to come along in years.