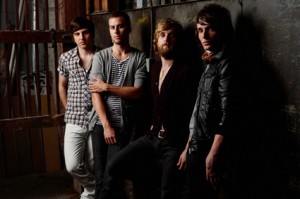 U.S. Royalty is a band that aims for the grand and the timeless but insists on the raw and the unplanned as they forge their own way in the current musical landscape. With the release of their debut album, “Mirrors,” U.S. Royalty captures the volatility and explosiveness of their live performances, which they treat as feverish outpourings of rock ‘n roll energy and emotion. Be sure to check them out at this special live performance.