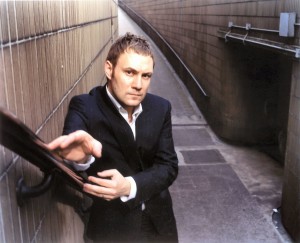 David Gray isn’t resting on his laurels, and he has plenty of them: 12 million album sales, the best-selling album ever in Ireland with “White Ladder”, Grammy and BAFTA nominations, and many more. David will be stopping by the Apple Store to perform songs from his forthcoming “Foundling” album and other fan favorites. Join Apple  for this very special live performance.