Meet the Filmmaker: Richard Linklater, “Me and Orson Welles” 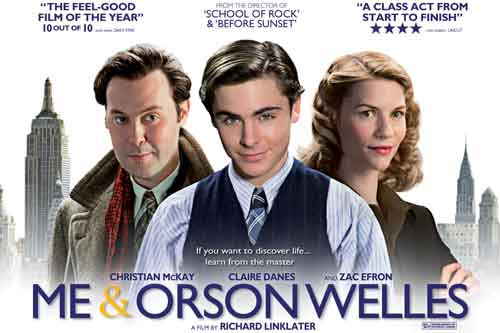 Join writer-director Richard Linklater (“Dazed and Confused,” “Before Sunrise,” “School of Rock”) as he discusses his new film, “Me and Orson Welles.” The film is a romantic coming-of-age story about a teenage actor (Zac Efron) who lucks into a role in “Julius Caesar” as it’s being reimagined in 1937 by a brilliant, impetuous young director named Orson Welles at his newly founded Mercury Theater in NYC.