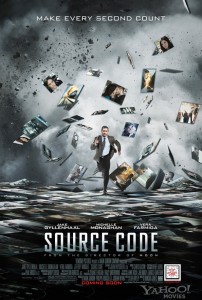 Join Oscar Award­­‒nominated actor Jake Gyllenhaal, actor Michelle Monaghan, and director Duncan Jones as they discuss their new film, “Source Code.” Decorated soldier Captain Colter Stevens (Gyllenhaal) wakes up in the body of an unknown man and discovers he’s part of a government experiment that enables him to cross over into another man’s identity in the last minutes of his life. Filled with heart-pounding suspense and mind-boggling twists, “Source Code” is a smart action thriller.