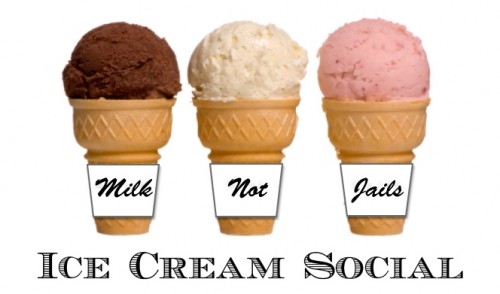 MILK NOT JAILS will be hosting an Ice Cream Social with presentations by Sabrina Jones & Kevin Pyle, illustrators of the Real Cost of Prisons Comix. Learn about what milk and jails have to do with one another. Enjoy ice cream and entertainment. Find out what you can do. The Real Cost of Prisons Comix provides a crash course in what drives mass incarceration, the human and community costs, and how to stop the numbers from going even higher.

MILK NOT JAILS is a consumer campaign to mobilize NY residents to support the dairy industry and the long-term sustainability of the rural economy.  It is a political campaign to advocate for criminal justice and agricultural policy reform that will bring about positive economic growth.  MILK NOT JAILS insists that bad criminal justice policy should not be the primary economic development plan for rural New York.