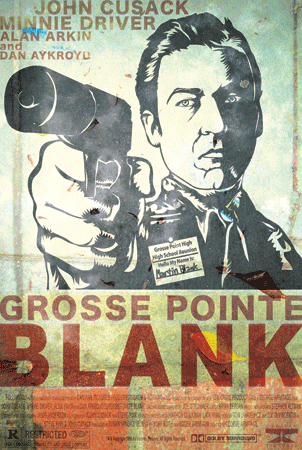 Stop by Huckleberry Bar for their Monday Night Movie Series. This month is John Cusack Month and they will be screening Gross Point Blank.

Freelance assassin Martin Blank (John Cusack) faces a crisis of conscience as he heads home for his high school reunion and tries to sort out his feelings for his former sweetheart (Minnie Driver) all while trying to squeeze in a last minute contract killing. But there’s also the matter of a professional peer (Dan Aykroyd) who’s dead set on inducting him into the newly formed assassins union.