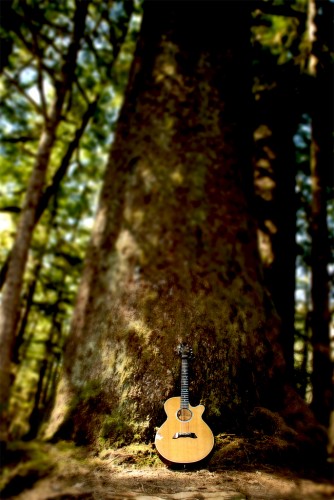 Join 3rd Ward for a sneak peak at the amazing documentary about the potential death of the acoustic by Josh Granger, Maxine Trump, & Kurt Wallin. Plus catch a live acoustic performance by Halina Larsson mixed with Shantell’s visuals and some yummy snacks from Holland & Grey Ravioli.

If the overlogging of the world’s forests continues, countless species face extinction and our carbon emissions will skyrocket. But there is about to be another casualty in this war on wood…the acoustic guitar. If things don’t change, in less than 10 years the guitar as we know it will be no more…

Musicwood follows a Coalition of the world’s foremost guitar makers as they attempt to save the old-growth trees of the Tongass National Forest in Alaska. To do this they will have to deal with a logging company of Native Americans who have been in the area for 10,000 years. Native Americans who’ve notoriously been given a raw deal from the US government. So cultures will clash. To get them to change won’t be easy; it’s their livelihood that’s also at risk.

Musicwood tells this story by joining the Coalition on their journey to Alaska, getting behind the scenes in the negotiations, and framing it all with a soundtrack of major acoustic guitar performances. Interviews with leading experts, a rare chance to hear the Native American perspective, and some of the most dramatic scenery in the United States. Musicwood is an ecological investigation, a cultural history and an adventurous journey to the heart of primeval forest.