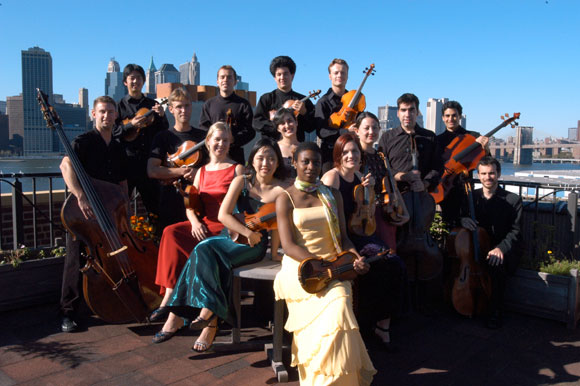 Music Mondays is a series of free classical chamber music concerts, featuring both classical and contemporary compositions. Each concert is followed by an informal reception during which the musicians and the audience can interact.

This Music Monday presents the East Coast Chamber Orchestra. America’s most exciting conductorless orchestra, The East Coast Chamber Orchestra (ECCO) embarked on a U.S. tour last spring that included its Kennedy Center debut. Comprised of 17 leading soloists and chamber musicians of the younger generation, ECCO boasts virtuosity, commitment and joyous music-making. The concert will be followed by a free reception at which guests can mingle, and meet the artists.