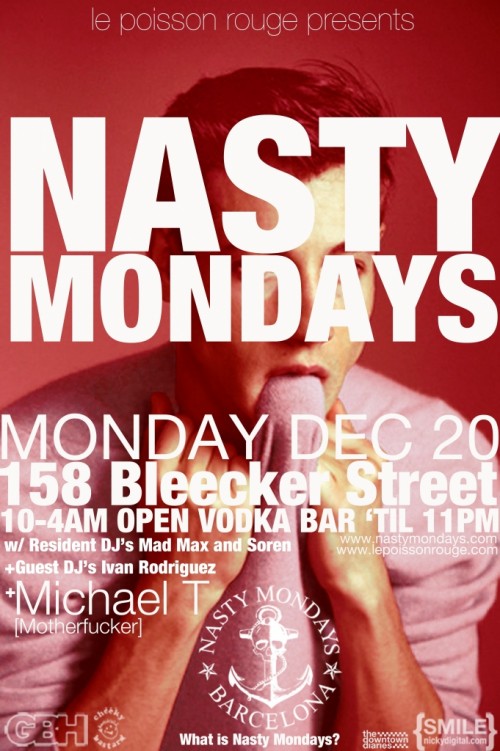 Nasty Mondays DJs Max and Sören are returning to New York and again teaming up with Nasty Monday DJ Ivan Rodriguez, continuing their run of late night parties filled with dirty rock ‘n roll, debauchery and an hour-long open bar. Come down to The Gallery at LPR for what is fast becoming one of the hottest Rock DJ parties in New York. To end their first year of residencies in New York they are bringing in guest DJ (and friend of the party) Michael T (Motherfucker) who will be spinning alongside the Nasty Mondays DJs. Get started early on celebrating the end of 2010 with the New York branch of Barcelona’s hottest party, Nasty Mondays, spinning everything from 50s rockabilly, 80s new wave, remixes, hair metal, classic hip-hop and more. If you missed last month’s party with guest DJs Finger on the Pulse you’ll want to make sure you’re not missing one of the best parties in New York in one of the most interesting party locales in the city. Plus don’t miss the open bar from 10pm-11pm.