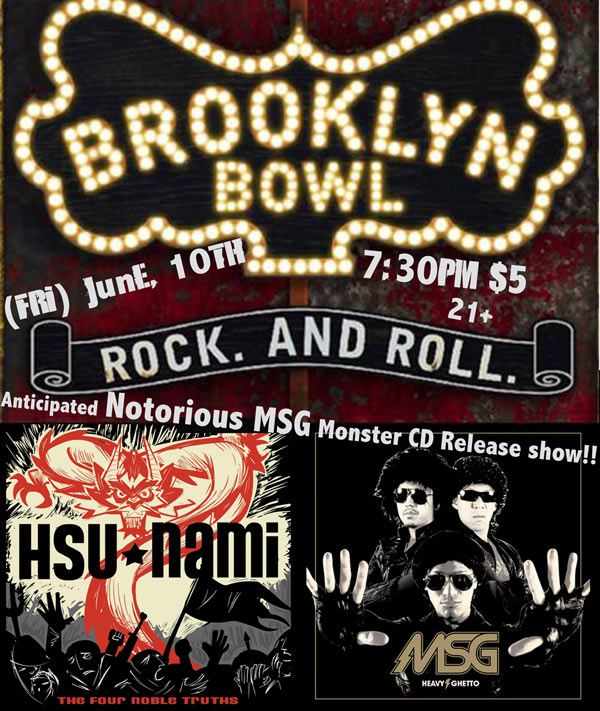 The original China Town bad boys Notorious MSG‘s  explosive performance at the Passport to Taiwan Festival  was just a peek of what’s in store for their biggest live show ever at Brooklyn Bowl! The album release show for their new record, “Heavy Ghetto”, is Friday, 6/10.  ALSO, international renowned progressive rock band featured in the Beijing Olympics a band front by a Chinese Fiddle/ErHu player The Hsu-nami will be opening at 8pm!