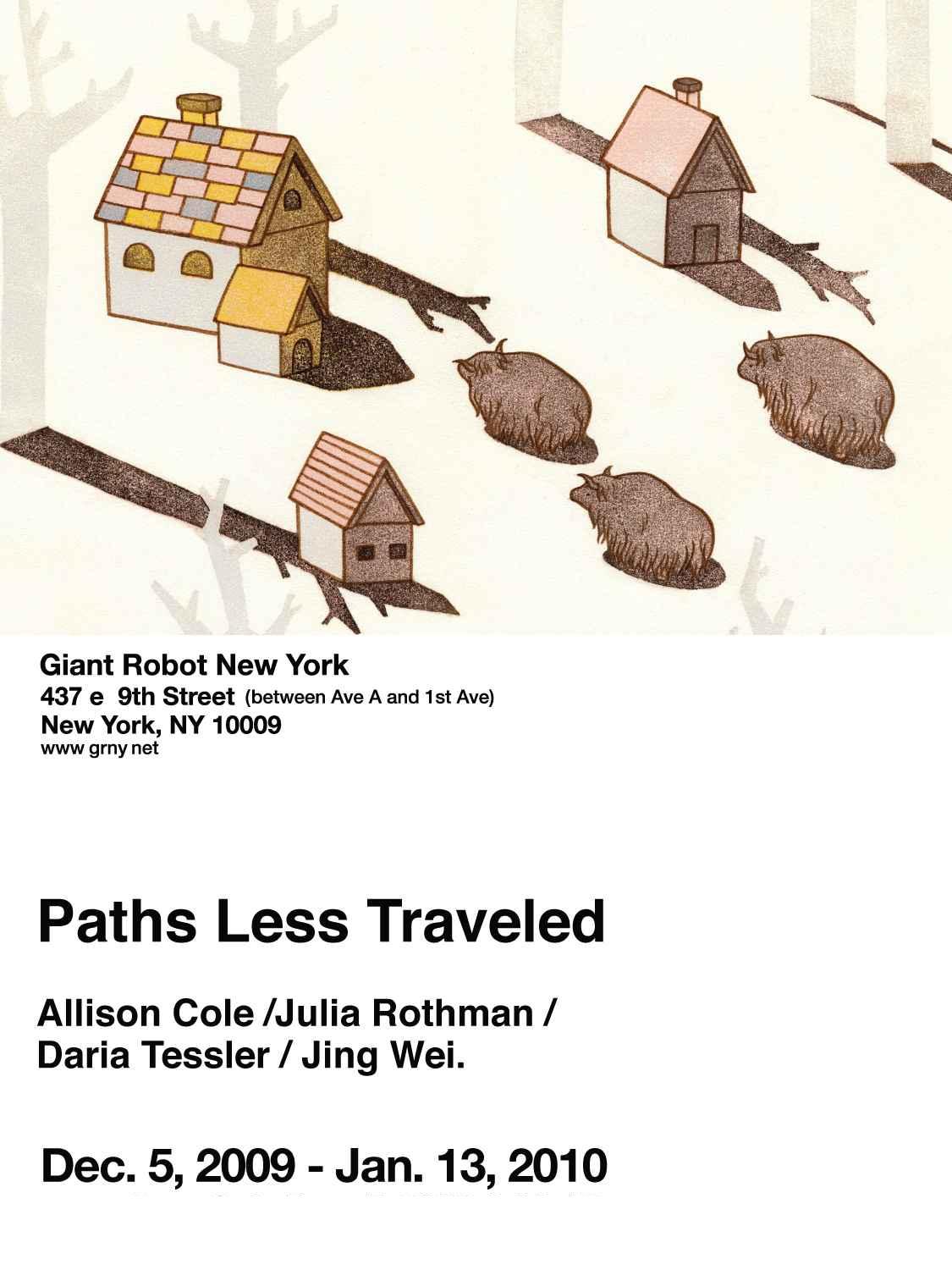 Giant Robot has a great art exhibit that will just warm up your winther days. Paths Less Tarveled is a group show, featuring artist Allison Cole, Julia Rothman, Daria Tessler, and Jing Wei.Paths Less Traveled opened December 5th,  but you can still catch the show because it will be on display at GRNY until January 13, 2010.