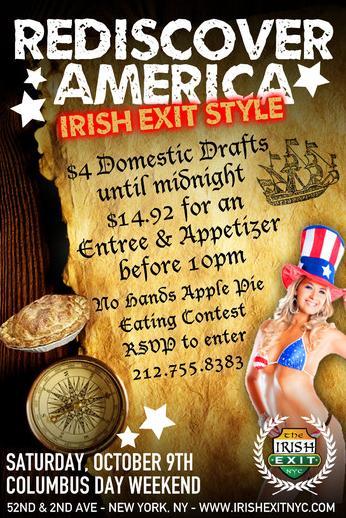 Columbus had his fun in 1492, now rediscover America – Irish Exit Style – on Saturday, October 9th! Drink specials and a crazy patriotic party will be going on all night! Plus an All American Pie Eating Showdown! Think you have what it takes to be part of our NO HANDS APPLE PIE EATING CONTEST? Call 212.755.8383 or e-mail Mandi.irishexit@gmail.com