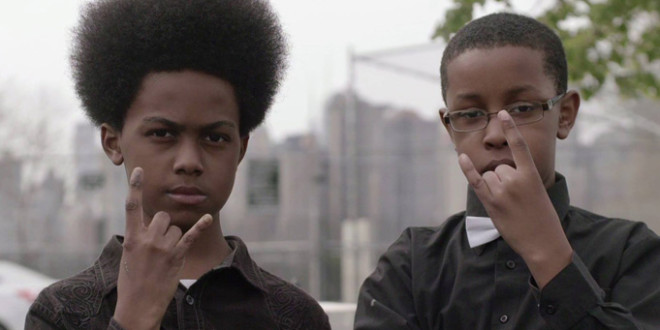 With stories as diverse as its inhabitants, this program of short films features stranger-than-fiction documentaries and wholly original visions of life in the city, highlighting what it means to be a New Yorker.

On our second of three free nights at Brookfield Place, the lower Manhattan waterfront will be brought to life by some of the most fascinating short films the city has to offer. The city’s landscape may be transformed by hurricanes, gentrification and new technology, but the people of the city are as singular and vibrant as ever. Presented by Arts Brookfield at Brookfield Place.

UNLOCKING THE TRUTH (Luke Meyer | 3 min.)
There is a particular moment right before fame strikes a young musician – between the full flowering of talent and believing in a dream so pure and strong as to feel bulletproof – which at the same time is almost imperceptible as it is happening. In watching Malcolm Brickhouse and Jarad Dawkins of the band Unlocking The Truth, this metaphysical friction is in full effect.

45 7 BROADWAY (Tomonari Nishikawa | 5 min.)
This is about Times Square, the noises and movements at this most well-known intersection. The layered images of shots by handheld camera through color filters would agitate the scenes, and advertisements on the digital billboards try to pull ahead of others.

ONE YEAR LEASE (Brian Bolster | 11 min.)
Told almost entirely through voice mail messages, “One year Lease” documents the travails of Brian, Thomas and Casper as they endure a year-long sentence with Rita the Cat-loving landlady.

STREET VIEWS (Annie Berman | 8 min.)
Created entirely within Google, STREET VIEWS is a somnambulist tour defying natural laws of perspective, time, and continuity. Our guide discovers she can get lost while never straying from the map. Places also get lost – like a video store. She attempts to interact with this world. Retracing her path, she discovers even though all has already occurred and is transfixed, it is never the same twice.

LEVITATE (Leah Ross | Brooklyn, NY | 13 min.)
Levitate is a portrait of the Rockaways NY and its residents 3-7 months after Hurricane Sandy devastated the peninsula. Shot on s16mm, the film is a montage of voices and landscapes left in limbo from the storm.

LOVE IN THE TIME OF MARCH MADNESS (Melissa Johnson, Robertino Zambrano | 9 min.)
A story about the hilarious and awkward misadventures of a 6’4’’ tall woman who is a star on the basketball court but struggles to find true love.

JONATHAN’S CHEST (Christopher Radcliff | 13 min.)
Everything changes one night for Alex, a troubled teenager, when is visited by a boy claiming to be his brother — who disappeared years earlier.

SIX (Frank Jerky | 14 min.)
Six is a short film that deals with the issue of gun control through the story of a young boy who finds a gun on a roof. The story of Six is fictional, but inspired by many true stories and situations happening every day in America.

70 HESTER STREET (Casimir Nozkowski | Brooklyn, NY | 11 min.)
A documentary about a synagogue, a whiskey still, a raincoat factory and other past lives of my childhood home.