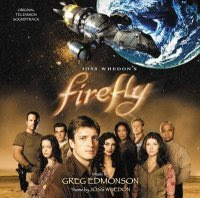 When:Thursday, July 9, 2009
Where:Private only w/ RSVP
Time:8:00pm – 11:55pm
Cost:$10 sugg donation
*Make sure you mention Livingfreeinthenyc when the RSVP asks where you heard about the event
Gemini & Scorpio presentRooftop screening series of Joss Whedon’s Firefly. Joss Whedon’s (Buffy the Vampire Slayer, Angel, Dollhouse) short-lived but much-loved space-western series “Firefly” follows the adventures of the renegade crew of Serenity, a “Firefly-class” spaceship. The core of the crew fought on the losing side of a universal civil war, and now make a (largely illegal) living on the fringes of society–and the star system–on the outer planets that refused to join the monolithic Alliance, which had won the war.If you don’t know the show, it’s a great opportunity to get hooked on gun-slinging Chinese-cursing smart-ass space rebels who aim to misbehave. And if you are already a fan, it’s a rare chance to see it on a big screen, whether on a private rooftop or in a sweet loft.Two episodes shown every other Thursday until Sep 3, 8pm-12am, on a private roof (moves indoors in case of rain). $10 sugg donation; snacks + drinks also by donation or BYO to add to the table. Invite your friends, but please be discreet coming and going, as this is a private space.
Rooftop movie RSVP 2009-07-08
Danielle Clarke
Share !