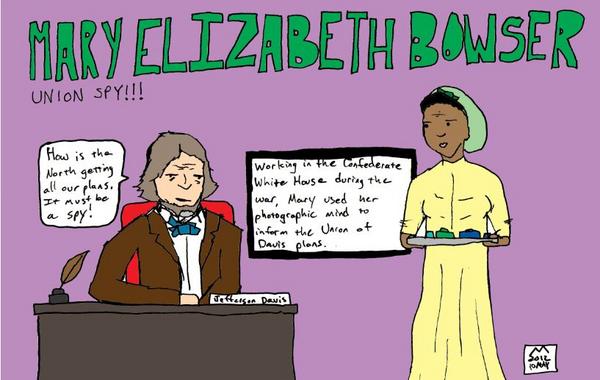 Sister Girl is based on the true story of Mary Elizabeth Bowser. She was a college-educated freed slave who went undercover at Jefferson Davis’s White House in the Civil War, pretending to be a half-wit servant named Sister Girl. While there Bowser, stole many secret battle plans which she passed on to the North and even set fire to Davis’s White House as he fled Richmond dressed as a woman.