Songwriting and Production on the Mac with Steve Rothery 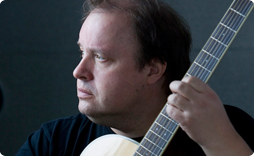 Join guitarist Steve Rothery of the band Marillion for this songwriting and production workshop. Steve will explain some of the methods he uses to write, record, and produce music with his MacBook Pro, and he will demonstrate how he wrote sections of the top ten UK single, “You’re Gone,” using Logic Pro. Steve will also how he runs a virtual guitar rig using applications like Nuendo, Waves GTR, and AmpliTube.