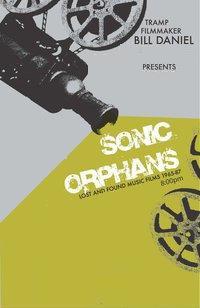 Come out to Book Thug Nation this Sunday for a Free Screening of Sonic Orphans. Sonic Orphans is a collection of recently unearthed 16mm music films, 1965-87.  Curated by “Who is Bozo Texino” filmaker Bill Daniel.  Including – the Avengers, the Beatles, Sonic Youth, Johnny Cash, plus early Austin punk bands Boy Problems and the Huns!

SONIC ORPHANS is a compilation reel of lost and found clips projected on 16mm, mostly silent, of some rare celluloid gems that have been seen by almost no one and have never seen the light of youtube. Most of this footage is truly orphaned film— abandoned, lost, found, and now presented raw without editing.