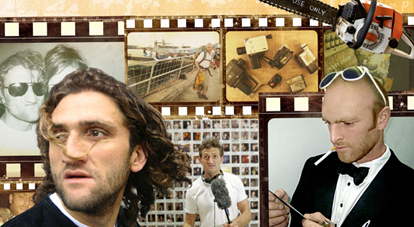 Join Rooftop Films Wednesday, June 2nd, for an exclusive sneak preview of The Neistat Brothers, a genre-busting, eight-episode series consisting of experimental short films from the art-world brothers of the same name. There is no charge for admission, but please RSVP here or by emailing neistatrsvp@rooftopfilms.com to reserve your spot, and head to Solar One for complimentary food, wine, Radeberger Pilsner, live music and the chance to meet and congratulate The Neistat Brothers in person.

Prior to the episodes, the band Keepaway will perform live. Pitchfork says of their indie-hit “Yellow Wings,” ” it takes clear eyes and a crafty set of musical minds to create a song that’s both this deliciously heady and instantly engaging.”

Where:
8:00 pm: Doors Open
8:45 pm: Live music by Keepaway
9:00 pm: Episodes 1 & 2 of The Neistat Brothers
10:15 pm: Meet the stars at a reception with complimentary drinks courtesy of Radeberger Pilsner