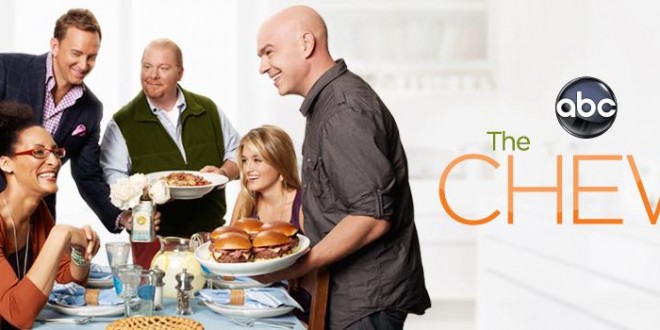 One of the best parts about living in New York City is being able to get tickets to be in the audience of some of the top shows that film here. 1iota is giving fans a chance to get their hands on free tickets to some of the upcoming tapings of ABC’s daytime cooking show The Chew with co-hosts Mario Batali, Carla Hall, Clinton Kelly, Daphne Oz and Michael Symon.

They are looking for groups of ten to twenty people. Groups are given special treatment, as they are invited to enter the studio before regular ticket holders! Show permitting, student groups interested in Television Production may be able to tour the studio after filming. They tape Tuesday through Thursday, two shows a day. Hurry and don’t miss your chance to get some FREE tickets to enjoy with your friends. Tickets go fast!!!

Tuesday, April 19, 2016
Wednesday, April 20, 2016
Thursday, April 21, 2016
Tuesday, April 26, 2016
Wednesday, April 27, 2016
Thursday, April 28, 2016
Email ABCTheChewAudience@abc.com with the subject Chew Group for group tickets! (ANY EMAILS NOT REGARDING GROUPS OF 10-20 PEOPLE WILL BE DISREGARDED) Tell us a little bit about your group! Where are you from? How many people? What’s the age range of your group? All audience guests must be 14+, anyone under 18 will need to fill out a minor release form.
About The Chew:
The Chew explores and celebrates life through food, with a group of dynamic, engaging, fun, relatable co-hosts who serve up everything to do with food — from cooking and home entertaining to food trends, restaurants, holidays and more — all aimed at making life better, fuller and more fun. The show broadcasts live, weekdays, from the heart of New York City.
Carla Hall Clinton Kelly Daphne Oz Free nyc Free Tickets Live Audience Mario Batali Michael Symon Studio Audience Food Tasting The Chew 2016-04-28
+Danielle Clarke
Share !