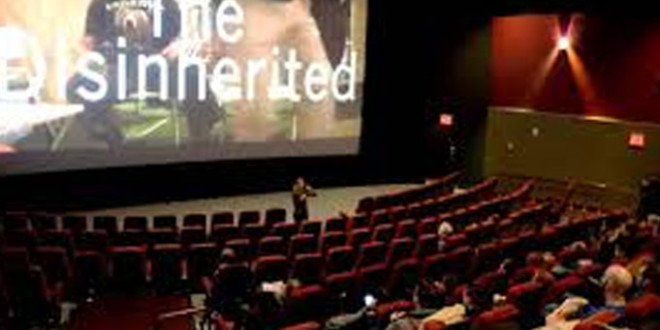 The Disinherited is a real-time feature film shot with footage from a live performance at The Kitchen.  Director Jay Scheib films the live theater performance from the stage, and the film is edited in real time and simulcast to AMC Empire 25.  The Disinherited is adapted from Anton Chekhov’s first full-length play, Platonov, which chronicles an emotionally bankrupt society of anti-heroes who are losing their loves, homes and perhaps even their humanity.  In an unprecedented experiment, the performance is simultaneously realized as both a live play and a feature film, having its debut in Times Square for three showings only.