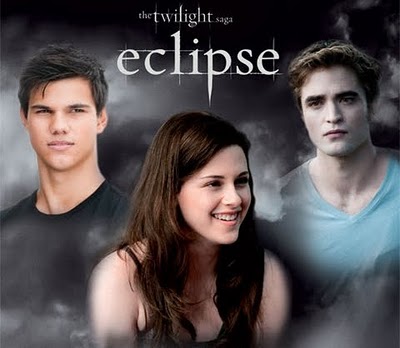 TWILIGHT: There are those who love hating it, those who hate loving it, and those with no mixed emotions- just straight up Twilighters. And they come together every time, making Twilight into the next Rocky Horror Picture Show, a campy and interactive movie party.  There’ll be opportunities to stake Edward, dramatic readings from the book, free glow-in-the-dark vampire teeth, and of course, expect an awesome Twilight-inspired cocktail menu- with different beverages for Team Edward and Team Jacob.

Twilight: Eclipse is full of CGI wolves turning into Native American never-nudes. And the tween drama is heavy as Kristen Stewart is forced to choose between the beautiful face of Edward the Vampire and the hot bod of Jacob the Werewolf.  Of course, the Raspberry Brothers will be marking this one with a stream of hot jokes.