War and the City: All Through the Night Free Screening 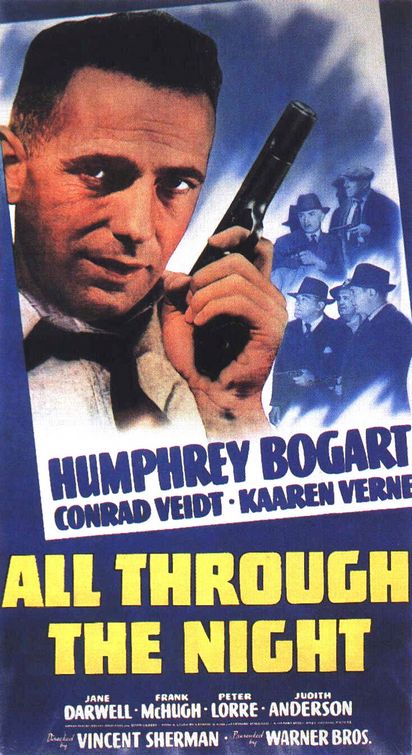 The Brooklyn Library is hosting a Free movie screening of the Humphry Bogart film All Through the Night.
This Nazi spy caper uses humor to expose some chilling episodes in pre-Pearl Harbor New York City when the German-American Bund was plotting its potentially deadly mischief. Humphry Bogart as patriotic gangster “Gloves” Donahue confronts a sinister German spy ring run by Peter Lorre who plans to blow up a Britain-bound tanker in the Brooklyn Navy Yard.