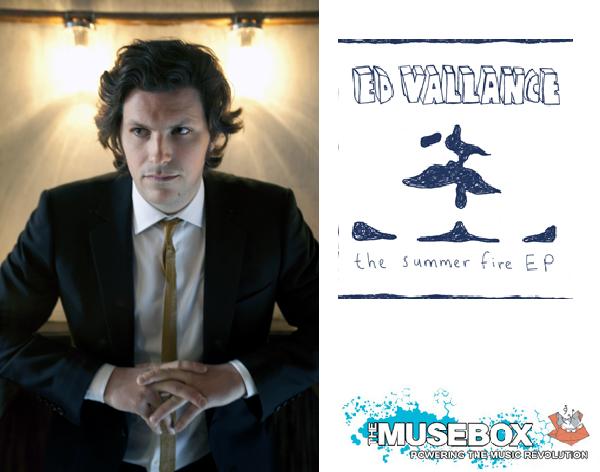 Livingfreenyc.com and Musebox.net are offering free tickets to see Ed Vallance Live at Pianos on Thursday August 12th. To enter just send an email to livingfreeinthenyc@hotmail.com with Ed Vallance in the subject and your name in the body.

There’s an ethereal quality to Ed Vallance’s music – a wide-open sonic landscape that feels like psychedelia shot through Cinescope. This is the sound of a man who, in the service of his music, has left the familiar terrain of his native London for the unfamiliar environments of Los Angeles, and now Brooklyn. But what distinguishes Vallance is his fiercely original songwriting. On his new EP The Summer Fire, he has taken his music to a new level; a high water mark in what has already been an acclaimed career, marked by recognition from the BBC, MTV2, VH1, and KCRW.

From the opening notes of “Black And White Light” The Summer Fire EP envelops the listener in lush synth swells and lilting electric guitars, a byproduct of Vallance’s new surroundings and the simpatico production of Mark Ephraim (New Pornographers, Joan As Policewoman, Au Revoir Simone). Ephraim has retained the beauty of Vallance’s previous work, while extracting a darker depth, making The Summer Fire EP far more than a simple rock record.