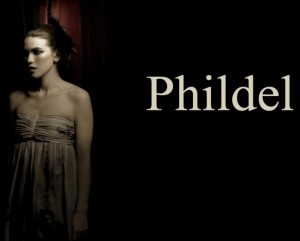 Livingfreenyc.com and Musebox.net are offering free tickets to see Phildel! Phildel is a folk, neo-classical singer-songwriter whose ethereal & epic style of songwriting is winning over fans by the scores. She just released her brand new EP, ‘Tales From the Moonsea’. Enter for a chance to win 2 tickets to see Phildel during the May 15 performance at  92Y Tribeca w/ The Shanghai Restoration Project. To buy her music click here.

You have 3 chances to enter:

Epic indie songstress Phildel has proudly unveiled her newest release, ‘TALES FROM THE MOONSEA’, a 6-track EP brimming with fantastical, meditative sound-scapes. Released by Warner Chappell Music Publishing, the collection showcases a unique fusion of acoustic folk, neo-classical, and pop-rock traditions. With a sound echoes the great works of Regina Spektor, Imogen Heap, and Loreena McKennitt, ‘TALES FROM THE MOONSEA’ offers an ethereal, introspective journey into Phildel’s musical universe, which she defines as “inspired by fantasy and driven by imagination”.

Over the course of her career, Phildel has collaborated with several industry heavyweights such as Sam Dixon, the producer for Duffy’s top-selling album, ‘Rockferry’, and composer Rupert Christie, who did the arrangements for Kate Bush’s album ‘Aerial’. This month, she will team up with David Liang of The Shanghai Restoration Project.

Recently, Phildel provided musical accompaniment for the London Fashion Week “Enchanted Woodland” themed exhibition from world-renowned designer Henrietta Ludgate, who has hailed her “a true artist”. Additionally, her music has been used for several high profile advertising campaigns, including Expedia (2008) and Generali (2009). Currently, “The Kiss” is featured in the television campaign for Marks and Spencer, a leading UK clothing and home retailer.

Also on the horizon, Phildel has been enlisted to compose music for an upcoming poetry collection from icon fantasy writer Peter S. Beegle (author of The Last Unicorn). The book and audio CD are both set to be released later in 2010.

This October, Phildel is set to star in Lunidea Productions’ ‘Once Upon A Thames’, a progressive theatrical show that incorporates an eclectic array of performance art-forms, and features three of her original songs.