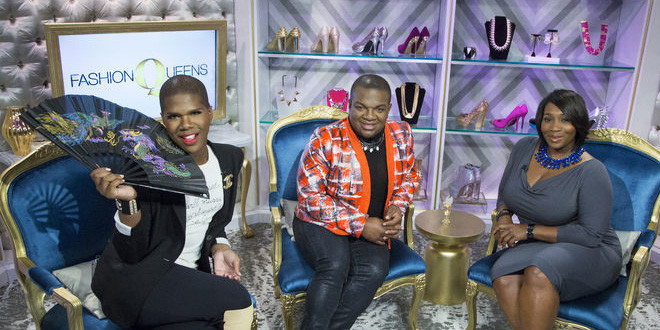 Move over Fashion Police here are some new style sheriffs in town. Celebrity hairstylists and honorary “Real Housewives of Atlanta” cast members Derek J and Miss Lawrence along with fashion mavon and media socialite Bevy Smith have teamed up with Bravo to bring their hilarious and entertaining real-talk personalities to a new show called “Fashion Queens”

Description: This topical, fashion-based talk show features two of Atlanta’s style elite, celebrity hairstylists Derek J and Miss Lawrence, and New York’s fashion maven and media socialite Bevy Smith.  The trendy opinionated trio will cover anything and everything related to the world of fashion, from haute couture to celebrity style to unusual outfits from around the globe, giving their unique perspective on the trends, hits and misses.

You MUST be 18 and over to attend
Tickets are Free and available exclusively to OnsetProduction members, but space is limited so hurry and apply for your ticket. You must be 18 years old or older to apply for this show.