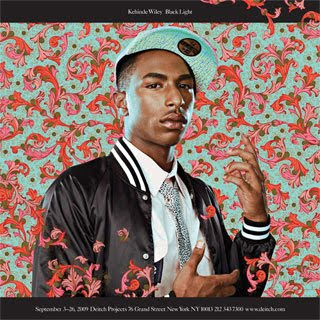 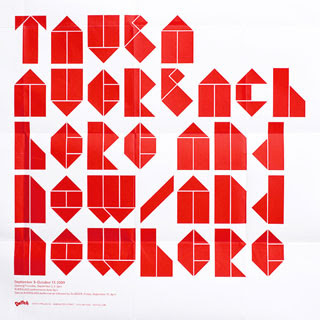 Deitch Projects is pleased to present Black Light, an exhibition of photographs by Kehinde Wiley that thrusts the black male image, captured by means of light manipulation and digital technology, into focus. This shuffle of Wiley’s artistic process reveals an integral component of his studio practice rarely seen while remaining, uniquely, Kehinde Wiley portraiture.

Here And Now/And Nowhere:
The collapsing of two conflicting states is the central theme of HERE AND NOW/AND NOWHERE, Tauba Auerbach’s new exhibition at Deitch Projects. The artist deliberately composed the title as an anagram. The paintings, photographic works, sculpture and the musical instrument that comprise the show are all structured around the threshold between order and randomness.