Free Screening of The Taking Of Pelham 1 2 3 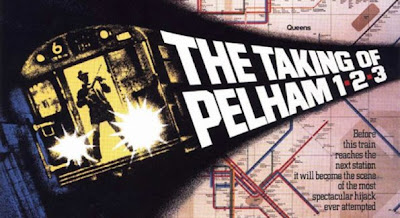 Come out to the Elevated Acre to see the outdoor screeening of The Taking Of Pelham 1 2 3. The original movie stars Walter Matthau as a New York transit cop who serves as a mediator between the city and a group of men who’ve hijacked a subway train. (The hijackers, played by the likes of Martin Balsam and Robert Shaw, adopt aliases like “Mr. Green” and “Mr. Blue,” a conceit later borrowed by Quentin Tarantino for Reservoir Dogs.) The film, which was based on a John Godey novel, is a well-plotted caper story with plenty of humor, but the tough tone of ennui developing into violence marks it as a dirty jewel of its era.