Free Tickets to The Chew 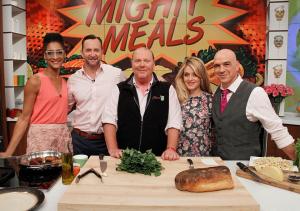 One of the best parts about living in NYC is being able to get tickets to be in the audience of some of the awesome shows that film here. There are tickets available for some December tapings of The Chew with Mario Batali, Carla Hall, Clinton Kelly, Daphne Oz and Michael Symon.

Hurry and get some to enjoy with your friends; you might participate in their holiday special and receive some cool freebies and/or get to join their tasting table.  Tickets go fast!!!