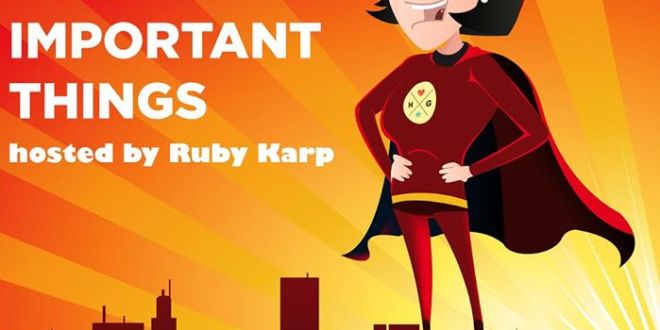 It’s November, it’s getting cold in New York, and HelloGiggles.com has some things on their mind, so come on down to UCB East on Monday November 10 at 8pm and have some fun with them. They’re giving away an autographed copy of Amy Poehler’s Yes Please and they’ll have some amazing stand up comedy in store for you.

CORINNE CAPUTO: Corinne Caputo has done our show so many times, I’ve lost count. She’s an improvisor and she’s got a book coming out and she’s amazing and awesome and we love her so much and you will too.

JANEANE GAROFALO: What can we say about Janeane that you don’t already know? She was on the Ben Stiller Show, Saturday Night Live, & The Larry Sanders Show; she was in Reality Bites!!! More recently, you’ve seen her on Broad City, Inside Amy Schumer, & Delocated and that’s just the tip of the iceberg. Janeane is amazing and talented and we are so so so so so excited that she is doing the show.

NAOMI EKPERIGIN: We’re so happy that Naomi Ekperigin is back and doing the show. She is a writer on Broad City and she’s been a panelist on The Approval Matrix and a bunch of other stuff and she is HILARIOUS.

SURPRISE STAND UP: We have one more person doing the show and he’s really funny and we can’t announce him but believe us when we tell you, he is so so so so so great.