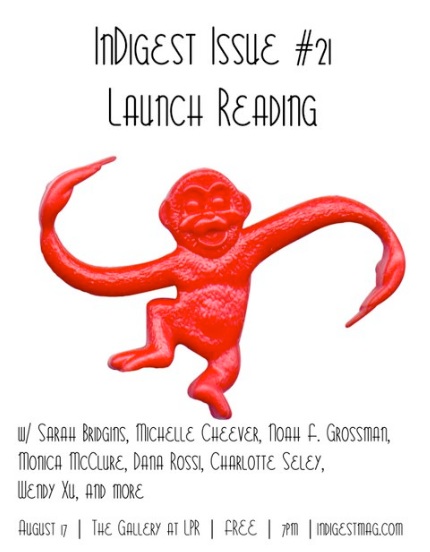 InDigest Magazine celebrates the publication of their issue #21 with a reading from writers included in the new issue. In addition to their own work, readers are encouraged to bring in something that has informed or influenced them in some way. The result is often funny, sometimes strange, but always interesting, showing us how we are all constantly influenced by what we see, hear, and read.